Daniele De Rossi has joined the call for the Serie A to start much earlier than usual. 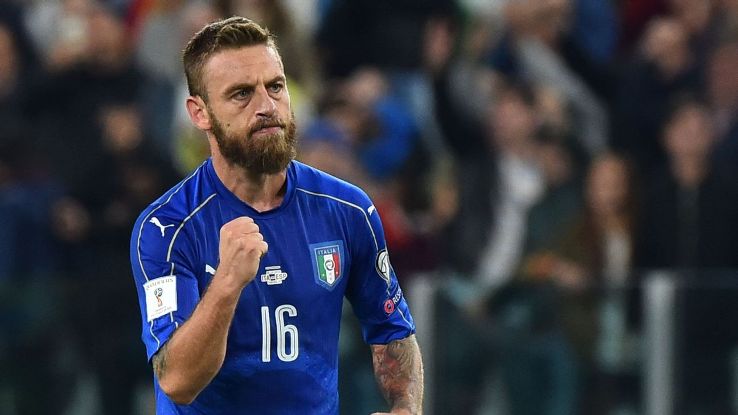 Italy coach Giuampiero Ventura asked that the Serie A management bring the date for the start of the next Serie A season forward so it will help Italy’s chances of qualifying for the World Cup.

Ventura pleaded that the date be brought forward by two weeks. If the proposal sails through, the Serie A could start on August 12, 2017. Ventura saw that the Italian team might not get the desired result if the Serie A starts much later next term, hence his request. The shift would ensure the Italian national team players would have had competitive matches, and likely be in top shape before their crucial clash against Spain on September 2, 2016.

Spain and Italy are both tied on the same 10 points after four games in the Europe World Cup qualifying campaign. The results in Spain on Sep. 2 could decide who gets automatic qualification spot for Russia 2018.

Same De Rossi said that the mentality in the Italian team was key after their friendly against Germany ended in a draw. Germany was the side that knocked them out of Euro 2016 in the quarterfinals stage. He added that the new coach did not consider age in his selection but the right mentality and attitude.