The final round of UEFA Champions’ League group stage games take place this week with plenty still to play for in a number of groups. 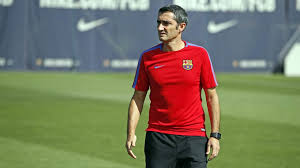 Manchester United and their City rivals have already booked their places in the last 16, but Liverpool and Tottenham Hotspur still need results to follow suit. Europa League places are also still to be decided in some groups.

We have arranged for you some of our best bests:

Spurs travel to Barcelona knowing that they basically need to win. They are level on points with Inter Milan, who host PSV Eindhoven at the San Siro and are expected to beat them.

Reports in Spain suggest Ernesto Valverde will give youth and fringe players a chance for the already qualified Barcelona and that should help Spurs’ cause.

Dortmund have already booked their place in the last 16, but can still top the group if they win in Monaco and Atletico Madrid surprisingly lose to Club Brugge.

The Bundesliga leaders easily saw off Thierry Henry’s men 3-0 on home soil and should beat them here again to end a horrific European campaign for the Ligue 1 side. Back them to do exactly that at a price just shorter than evens.

PSG may have thrashed Red Star 6-1 in Paris, but they will be facing a completely different challenge in Belgrade.

Neither Napoli nor Liverpool could beat the Serbians here, with the latter losing 2-0.

Red Star still have an outside chance of nicking a Europa League place, but only if Napoli beat Jurgen Klopp’s men at Anfield. Back them on the +2 handicap.

AEK Athens have been the disaster package of the Champions’ League group stages.

They are the only team to have not picked up a single point so far and while Benfica have little to play for here, they should still beat the Greek champions.